The fifth step in the decision-making process is to make the decision. Deciding is the act of choosing one possibility from many.

The symbol we use for making the decision is the first part of the Thresholds symbol. The vertical line is the point of decision, cutting off the past and providing a threshold to the future. 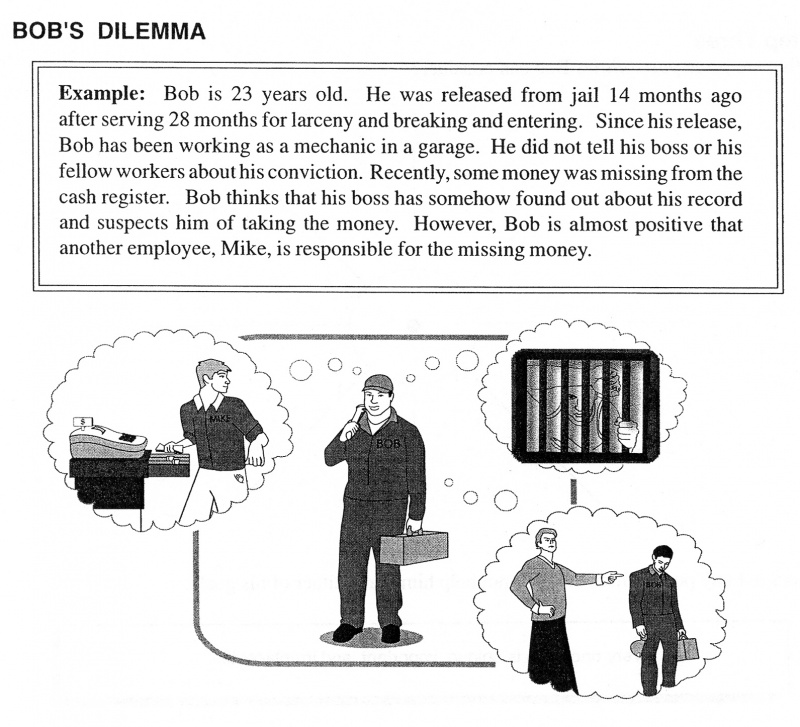 Other than the pink cover of the ladies guide book, the men and women are on essentially the same program. A few small concessions for the ladies appear in art work and problem solving examples. 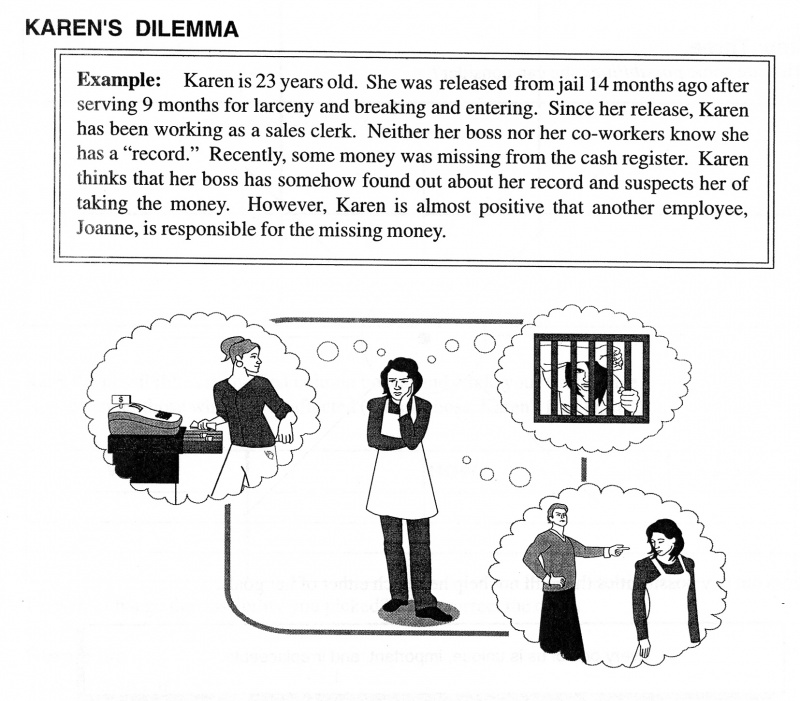 Problem solving examples in the Thresholds study “Guide” often focus on situations a released inmate may actually have to face.

To solve “Bob’s Dilemma” considerations of risk vs. desirability and affect on others ( learned in Step 4) must be kept in mind as part of the process at this point.

At this Step 5, during a recent one-on one session, a client stated very simply that for him whole Thresholds process can be summed up in the importance of objective self awareness, as taught in the macro session of Step 1, and symbolized in the image below.